Unlike the cash market, repo trade flows have been relatively unchanging in recent years. This means that a number of valuable opportunities remain open to both the buyside and sellside. Tim Martins, Product Manager for Money Markets and Derivatives at MTS, explains how streamlining workflows, dealing with forthcoming regulation and improving visibility could benefit all market participants. 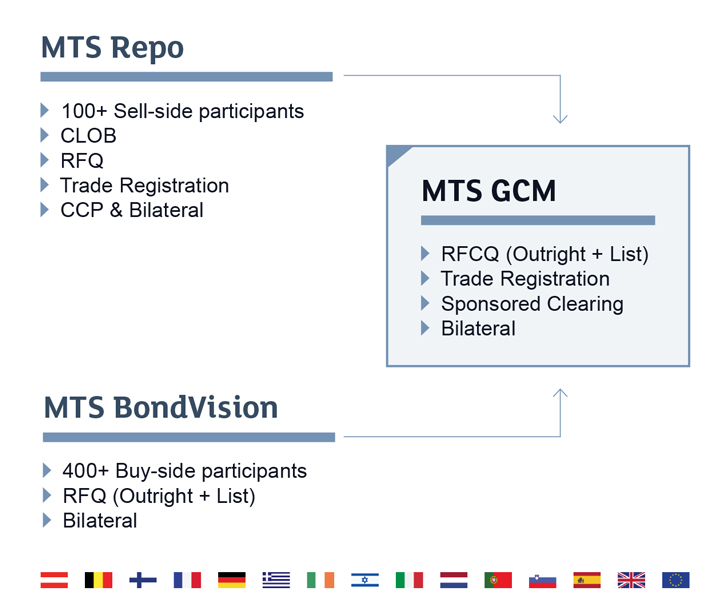 B2C repo workflow hasn't changed much for a long time. Client enquiries come in via a separate chat application, the salesperson checks them and sends them on to the repo trader, who prices the deal and agrees terms with the client, before the salesperson books the deal ticket(s) that are then sent to the client.

Because these activities often involve separate applications and also include the manual creation of deal tickets, the overall process is clearly inefficient. Apart from having to switch between applications, a large percentage of a salesperson's time can be consumed in manually completing deal tickets. Furthermore, many of these tickets will be for tom/next or spot/next trades that are very low margin.

In the meantime, from a buyside client's perspective, every transaction has to begin with making a manual RFQ, which for trades involving multiple bonds and repo terms, can be particularly labour intensive.

Collectively this means that if more of the B2C repo trading process can be consolidated into a single application, such as the bank's interdealer repo trading platform, then both buyside and sellside can benefit. It is for this reason that MTS has created a dedicated platform that incorporates all this functionality.

For example, if the chat functionality and the automated generation of deal tickets are integrated within the bank's repo trading screen, the salesperson gains from a far more efficient workflow, while also minimising the usage of valuable screen real estate or the need to switch between applications repeatedly. Buyside RFQs can come in and will be immediately visible to both the bank's sales team and its repo traders, so the pricing process can be streamlined. Furthermore, the printing and sending of deal tickets can be automated with full STP to the back office.

By consolidating the B2C repo trading process in this way, the non-productive, administrative elements of the repo sales process are removed. This gives the sales team extra time to focus on the all-important relationship element of the repo business and the selling of more complex long term or structured repo trades.

Better still, if the repo platform also enables the distribution of customised pricing to the buyside, further benefits are achievable. For instance, if the bank can automatically distribute repo quotes to buyside clients based upon a client-specific spread over its interdealer pricing (in other words showing a tailored, mirrored axe), then those clients benefit from better pre-trade price discovery. Rather than manually typing messages into a chat application, they can simply click the indicative quoted price to trigger an automated RFQ to a bank that they know is axed to trade. If the buyside client has multiple bonds that they wish to extract maximum value from, then this can also be a major time saving convenience. In addition, as these RFQs will now come in to the bank sales team in a standardised format, they will save time that can be better used for making higher margin relationship sales.

An integrated repo dealing platform of the type outlined above could also offer major benefits to buyside clients for regulatory reporting. The Securities Financing Transaction Regulation (SFTR) is due to come into force in Q1 2020 and is the effective equivalent of MIFID II for the repo market. It is a major piece of legislation, which as it stands (the SFTR technical standards are still being finalised by ESMA) will require repo participants to report more than 150 data fields for transactions in a standardised manner. Major banks are investing heavily in order to ensure compliance, but some smaller buyside participants will find it challenging to bring their reporting to the required standard. It is therefore possible if they cannot do so, that some banks will refuse to continue dealing with them because of the increased risk of trade mismatches.

If instead the bank's repo dealing platform's blotter incorporates the SFTR trade-specific reporting fields, then both parties to a B2C repo trade will effectively already have the majority of the fields pre-matched. For smaller buyside firms, this represents a major time and cost saving, as well ensuring existing sellside trading relationships are not jeopardised. 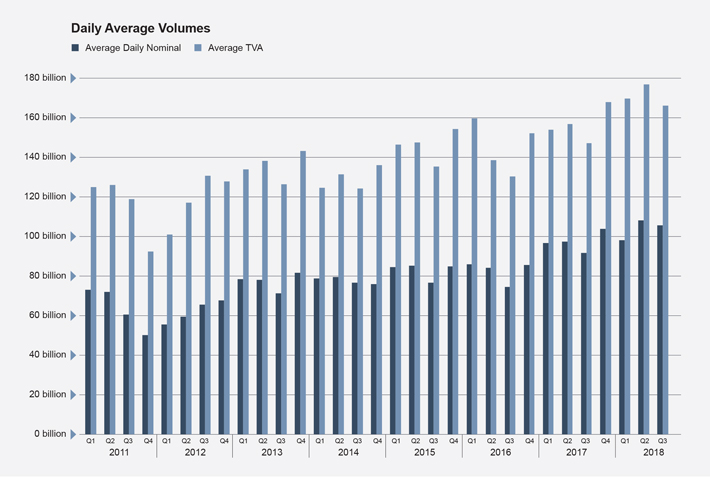 A related area to the above desirable functionality is repo data. Luigi Marino, Product Manager for Market Data tells us, particularly from a buyside perspective, repo remains a relatively opaque market, where price discovery requires far more effort than in cash markets. Anything that improves this situation, without impinging upon interdealer activity, is likely to make buyside participation easier and stimulate more trading activity.

Fortunately, because repo is typically far less volatile than cash (apart from a few situations such as CTD bonds at futures expiries), price discovery does not require real time data. Buyside traders will therefore be able to use end of day data, such as that now provided by MTS in both summary or complete form (see Figure 1), as a proxy in order to price the cost of repo positions with far more accuracy than at present. This will enable buyside traders to filter their portfolio against repo costs and therefore quickly decide which trades might be viable and which would not.

This sort of filtering process would materially increase the productivity of buyside repo traders, allowing them more time to make RFQs on just viable pre-screened trades, with positive implications for the level of trading activity and profitability.

As happened recently with the CTD for the Sep 18 Euro-BTP future expiry, a bond may appear very over-priced versus its peers in the cash market and therefore a valid candidate for shorting. However, if the cost of borrowing the bond is excessive (as was the case with the BTP 9/28, trading as low as -8%) then the trade may no longer be viable.

It is clear that the repo market has plenty of scope for enhancement. Much of the opportunity lies in a combination of freeing up bank sales teams to actually sell (rather than do manual admin) and reducing the regulatory overhead for buyside clients, while also giving them better price visibility. The bottom line is that the potential changes outlined above have much to offer both the buyside and sellside in terms of both margins and efficiency.